By Avant-Garde Artists of the Committee for Artistic Action,1968

Presented as part of the Tucumán Arde collective project and exhibition

The regime’s violence is severe and clear when it is directed against the working class, but more subtle when it is aimed at artists and intellectuals. Because in addition to the repression that entails censorship of books and films, closing of exhibitions and theaters, there is the other, ongoing repression. You have to look for it in the form that art takes these days: an article about elegant consumption for a certain class. Artists can now fool themselves by creating works that are apparently violent: they will be received with indifference and even pleasure. Their works will be bought and sold; their virulence will be one more product in the market where prestige are bought and sold.

And how is the system able to appropriate and absorb even the most audacious and innovative artworks?

It is able to do so because these works are in the cultural framework of a society that arranges for people to be reached only by those messages that strengthen their oppression (basically through radio, T.V., daily newspapers and magazines). It is able to do so because artists are isolated from the struggle and the real problems of the revolution in our country. Their works still neither say what must be said, nor identify the appropriate media for doing so; our messages are not directed to those who need them.

So what can we artists do to stop being servants of the bourgeoisie?

In contact and participation with the most distinguished and combative activists, we can place our creative militance and our militant creativeness at the service of organizing the people for the struggle.

We artists must continue to develop a true grass roots information and communication network opposed to the system’s distribution network.

In the process, we will discover and decide on the most effective media: clandestine films, posters and flyers, brochures, recorded tapes and records, songs and slogans, agitprop theater, new forms of action and advertising.

They will be works that it will hurt the regime to suppress, because these works will be of the people. They will be beautiful and useful. They will point out the true enemy and will stimulate the hatred and energy to fight the enemy.

We artists will never again feel that our abilities are being used to serve our enemies. It will be said that what we propose is not art. But what is art? Is it perhaps an elite form of pure experimentation? Is it a matter of works that claim to be caustic, but actually meet the needs of the bourgeoisie that consume them?

Is art perhaps the words in books, and the books in the libraries? Dramatic action on celluloid and on stage, and these media in movie and other theaters? The images in pictures, and the pictures in the art galleries? All quiet, in order, in a bourgeois, conformist order; all useless.

We would like to restore the words, the dramatic action, and the images, to places where they can fulfill a revolutionary role, where they will be useful, where they can be turned into “arms for the struggle.”

Art is whatever mobilizes and agitates. Art radically rejects this way of living and says: let’s do something to change this.

This exhibition, the actions against the institutional culture of the dominant classes that precedes it, and the works done by other artists headed in the same direction are a start.

Avant-garde Artists of the Comisión de Acción Artística [Committee for Artistic Action] of the CGT of the Argentinos Buenos Aires, November 1968 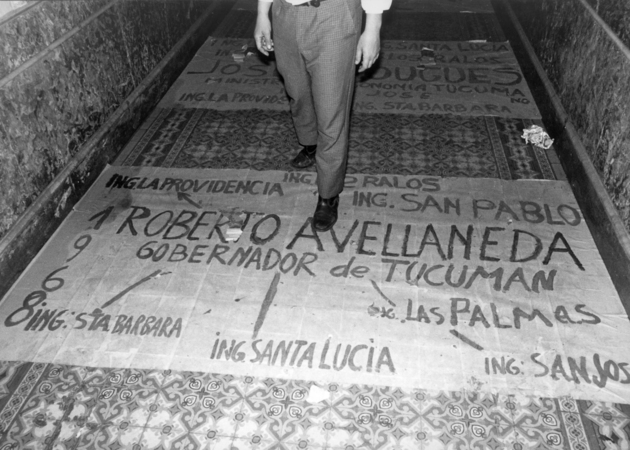 Tucumán Arde (Tucumán Is Burning). 1968. Floor diagram denouncing the Tucumán governor's ownership of the sugar cane plantations. The sign was situated on the floor, at the entrance of the exhibition, so that people would walk over it. CGTA, Rosario, 1968. Courtesy Graciela Carnevale 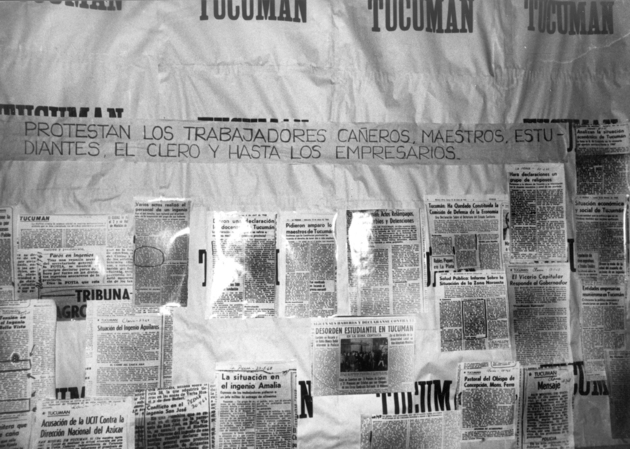 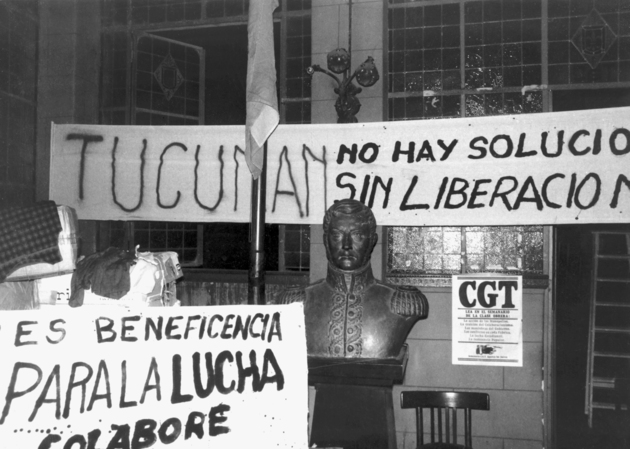 Tucumán Arde (Tucumán Is Burning). 1968. Inside of the exhibition at the CGTA, Rosario, 1968. Courtesy Graciela Carnevale 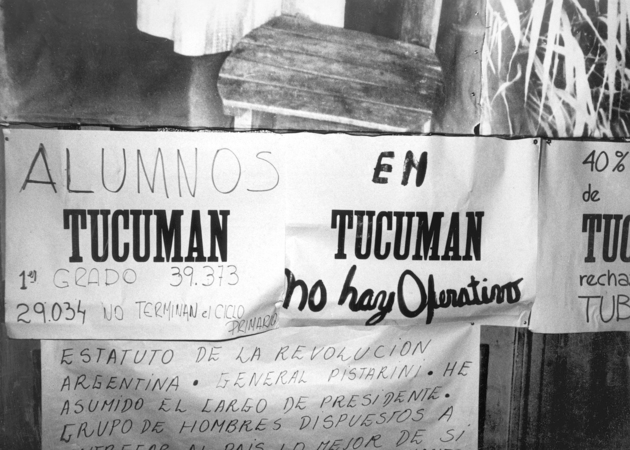