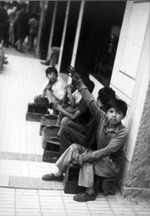 Statement of the Exhibition in Rosario

Starting in 1968, in the field of Argentine art, a series of esthetic events began to occur that broke with the so-called avant-garde approach of the artists that were doing their work at the Instituto Di Tella. Until that time, this institution had set itself up as the authority, legislating and proposing new action models, not only for the artists linked to the Institute, but for all new artistic experiments taking place in Argentina. In 1968, events erupted in the select and exquisite “estheticizing” atmosphere of the false avant-garde experiments produced at the institutions of official culture. Implicit in the events were the guidelines of a new approach postulating art as a positive, material activity that would tend to modify the medium that generated it.

This approach aimed to show the political content implicit in all artworks and to present it as an active and forceful charge, so an artist’s product would be incorporated into reality with a truly avant-garde and therefore revolutionary intent. For esthetic events denouncing the cruelty of the war in Vietnam or the radical hypocrisy of U.S. politics, it would not suffice to form a relationship between the work and the media. Instead, such events directly pointed out the need that artworks be capable, in themselves, of bringing about changes -- that artworks would have the same effect as political events.

The recognition of this new concept led a group of artists to propose establishing an esthetic of collective aggressive action to destroy the bourgeois myth of artistic individuality and the traditionally passive role assigned to art. The aggression planned becomes the form of the new art. To use force is to possess and destroy the old forms of art based on individual ownership and the personal enjoyment of the unique work. Aggression is now an action to generate new content. It destroys the system of official culture, replacing it with a subversive culture that incorporates the process of change, establishing a truly revolutionary art. Revolutionary art arises from an awareness of the current reality of the artist as an individual within the political and social context that surrounds him.

Revolutionary art proposes the esthetic event as the nucleus within which all aspects of the human situation are included and unified: economic, social, political. Here the contributions of the various disciplines are integrated, eliminating the separation of artists, intellectuals and technicians. All these are united in action to change the entire social structure; in other words, it is a total art. Revolutionary art acts on reality by identifying its components in the light of a clear ideological concept based on the principles of material rationality.

In this way, revolutionary art takes the form of a partial reality that is integrated into total reality, destroying the idealist separation between work and the world. This is true to the extent that it performs an action that truly transforms social structures, in other words, it is a transforming art.

Revolutionary art is the manifestation of political content that struggles to destroy the worn out cultural systems and esthetics of the bourgeois society. As such, it joins the revolutionary forces that combat the various forms of economic dependence and class oppression; thus, it is social art.

The work performed by the group of avant-garde artists is the continuation of a series of deliberate acts of aggression against institutions and representatives of the bourgeois culture. One example was the refusal to participate in – the boycott of -- the Braque Prize instituted by the Cultural Service of the French Embassy, which culminated in the detention of several artists who acted out their rejection forcefully. 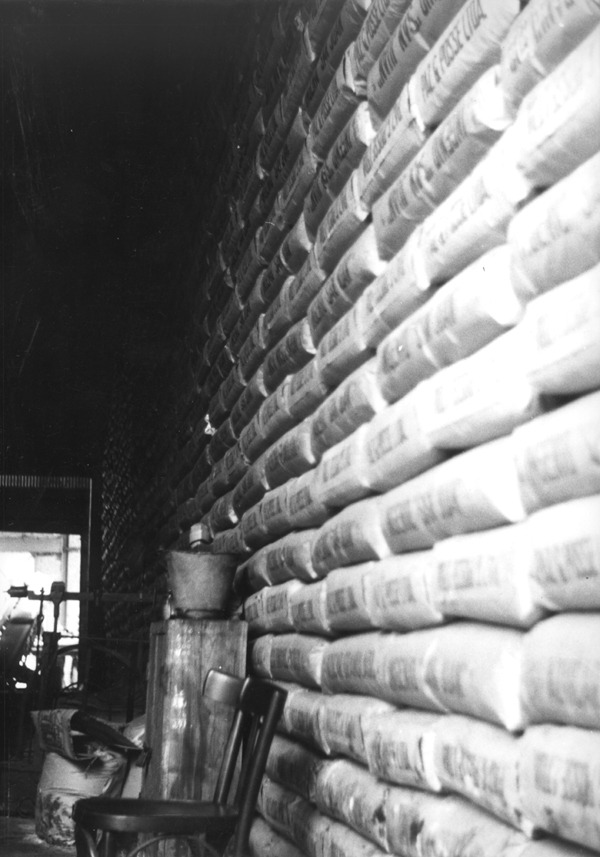 The collective work is based on the current situation in Argentina, radicalized in one of its poorest provinces, Tucumán, which has been subjected to a long tradition of underdevelopment and economic oppression. The current Argentine government, insistent upon a disastrous colonial policy, closed most of the Tucumán sugar refineries, a vital influence in the province’s economy. The result has been widespread hunger and unemployment, with all its attendant social consequences. “Operation Tucumán,” devised by government economists, aims to disguise this blatant aggression against the working class with the fiction of economic development based on the creation of new or hypothetical industries financed by U.S. capital. The truth hiding behind this Operation is the following: they intend to destroy a substantial, explosive, union movement arising in Northeast Argentina by dissolving worker groups. They plan to break up the workers into small industrial installations or force them to emigrate to other areas in search of temporary work that is badly paid and lacks stability. One of the serious consequences of this event is the dissolution of the nucleus of the working family left to improvisation and chance for their subsistence. The economic policy pursued by the government in the province of Tucumán is on the order of a pilot program for testing the working population’s level of resistance. After neutralizing labor union opposition, the government plans to transfer this program to other provinces that have similar economic and social features.

“Operation Tucumán” is reinforced by an “operation silence,” organized by government institutions to confuse, distort and silence the serious situation in Tucumán. For reasons of common class interests, the so-called “free press,” is going along with the government. Regarding this situation, assuming their responsibility as artists committed to the social reality that includes them, the avant-garde artists are responding to “operation silence” by performing the work “TUCUMÁN IS BURNING.”

The work consists of creating an information super-circuit to point out the surreptitious distortion of the events that have taken place in Tucumán through the media that disseminate information, wielded by government authorities and the bourgeoisie. The media is a powerful mediating force, susceptible of being loaded with various content; its positive influence on society depends on its adherence to the truth and reality. The information flowing from the government and the official media on the events that unfolded in Tucumán tends to remain silent on the serious social problem unleashed by the closing of the refineries. The false picture given of the province’s economic recovery is refuted by the actual data, to a scandalous degree. In order to gather these data and display the deceptive contradiction of the government and the class that supports it, a group of avant-garde artists traveled to Tucumán. Accompanied by technicians and specialists, the artists sought to verify the social situation that the province is now living through. Their activities culminated in a press conference publicly and vehemently repudiating the government’s performance. They also pointed out the complicity of the media that disseminate culture, which collaborated to maintain a shameful and degrading social situation for the working population of Tucumán. The artists’ activities were carried out in cooperation with groups of students and workers, who thus became involved in implementing the work.

The artists traveled to Tucumán with extensive documentation of the province’s economic and social woes and a detailed knowledge of all the information produced by the media on the problems in Tucumán. This report had previously been subjected to a critical analysis to measure the degree of manipulation and distortion applied to the data. In a second round, information gathered by the artists and technicians was prepared for use in the exhibition currently installed in the Centrales Obreras [workers halls.] Finally, the information produced by the media on the performance of the artists in Tucumán will be added to the first phase of the information circuit.

The second part of the work is the presentation of all information gathered on the situation and on the artists’ performance in Tucumán, a portion of which will be disseminated by labor unions and student/cultural centers, as well as the exhibition of audiovisual materials and performance going on at the Confederación General de Trabajo (CGT) de los Argentinos [Argentine General Confederation of Labor] in the Rosario region and later taken to Buenos Aires. The basic purpose of the information super-circuit is to start dismantling the picture of the Tucumán situation drawn by the mass media. It will culminate in the third and last phase, when it stimulates gathering and formal publication of a third round of information. This document will record the process of conceiving and performing the work and all documentation produced along with a final evaluation.

The position adopted by the avant-garde artists requires them to decline inclusion of their works in the official institutions of the cultural bourgeoisie and postulates the need for artists to take their works into another context. Thus this exhibition is presented at the CGT de los Argentinos because this body forms the nucleus of the class leading the struggle whose objectives are ultimately shared by the authors of this work. 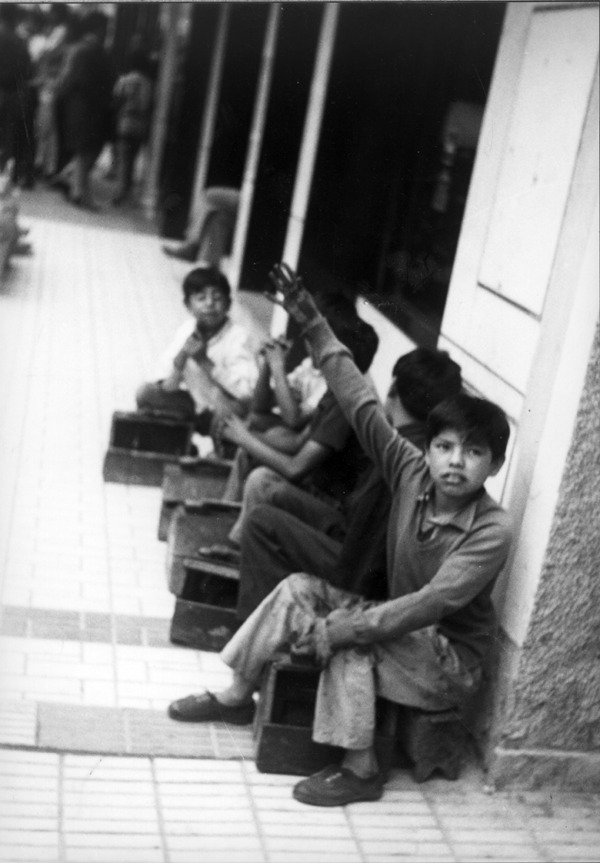 Tucumán Arde (Tucumán Is Burning). 1968. Working children. Documentation of the social situation in the province of Tucumán by the Rosario artists. Courtesy Graciela Carnevale

Participants in this work: