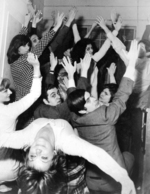 Creation of the First Work

In May 1966 Roberto Jacoby had planned to create an exhibition that would be only the report of an exhibition. In other words, he planned to present in a gallery only the catalogue of the exhibition, describing the works. It would include all the features of the most complete catalogue possible: critics’ opinions, sketches of the work, etc. These elements, all false, would complete the falsification of the very exhibition that had given rise to the catalogue, while confirming its apparent reality.

Before carrying out this project, Jacoby thought about creating a work (a Happening) in which the reality of the event would be replaced by a report about it, adding the idea that said report would be sent to the mass media. In this way, he would “change the place of the moment of creation, situating it within the media.” (Lawrence Alloway)

To record this idea, Roberto Jacoby and Eduardo Costa drafted a manifesto in which they proposed “a media art” and made a first attempt at analyzing the work they had proposed. By the time the manifesto was published, Raúl Escari had signed it as well, having contributed to its final draft in July 1966. The need to record the idea by publishing the manifesto was of no help to the process of creating the work because some journalists became aware that the report that was going to be submitted to them would be false, and they avoided publishing any related news.

The first step in creating the work announced in the manifesto on “media art” was drawing up a list of personalities, mythical figures known in some way through the media. Moreover, they would be people who could get excited about the idea and were easily accessible. Of all those interviewed, only two people refused to participate. In planning the task of persuasion, first we tried to solicit the most important names, counting on them to be enthusiastic about the idea and support us. In this way, by backing the project, they would help us convince the public of the “seriousness” of an undertaking based on lying to people less aware of the possibilities and strategies of contemporary art. 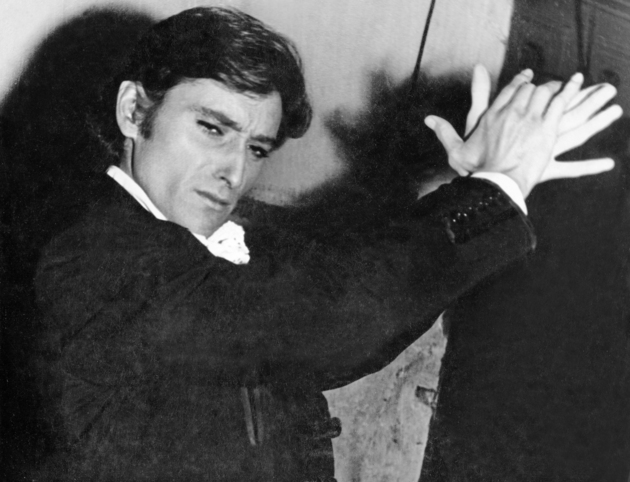 While we tried to suggest to all the participants that we were creating an “artwork,” we had to retreat after our first attempts to explain ourselves. At this stage of our work—a “material” stage, for us, people were showing total resistance, qualified by various degrees of friendliness; so we came up with explanations that were more comprehensible. For example, the explanation that we were planning a sociological experiment that entailed a moral critique about the way the mass media functioned. Or we would say that we wanted to play a joke on journalism. Many of these people had experienced the media’s capacity to modify information, and they liked the prospect of getting even. The “creative work” we were doing in this phase was mainly convincing people about our proposal. Once the list was done, we interviewed the people we had identified and asked them to invent their own participation in the supposed Happening, which they would have attended and in which each invited guest would have “participated.” We immediately wrote up the activities each participant proposed for himself, in a report that we tried to write in a style familiar to journalists, the press release, but in the driest and briefest way possible. This report was rounded out by a theory we designed to meet the expectations of journalists fairly well informed about the theories that might be developed by two young people involved in creating Happenings. Essential to this theory, which rested on the already mythical idea that a Happening was characterized by general participation, was the experimental nature of our work. We also invented the false name “Total Participation Happening” related to the theory we submitted to the press.

Along with the report, we also sent a set of thirteen photographs taken by Rubén Santantonín in various places: the home of Christian, a stylist; the Walger family home; Avenida Theater; Galanta Studio; Galería Bonino; Norde Shoe Store; Centro de Artes y Ciencias [Art and Sciences Center]; Bar Moderno. The report and photos were sent to various journalists in hopes they would believe they were real and would treat them as if they were any other news item normally sent to them. In most cases, this was not possible. On August 21, the first article written based on our false report appeared in the daily newspaper El Mundo (circulation 300,000).

There were probably other references to our work published in other magazines. We tried to get our report out to various types of publications: a daily newspaper, a magazine known for yellow journalism, a women’s magazine, a general information magazine, and a literary journal. Inédito and Confirmado accepted the news on their own, without any kind of information provided by us.

Regarding the way to “close the work,” we decided that we would consider it completed when the first articles appeared establishing that our report was untrue. This would include any reaction to those articles that may have been stimulated among news consumers. We didn’t have to wait too long for that reaction, which was systematized by a sociologist who ascertained some consumer reactions and wrote an article about our experience. He then personally distributed mimeographed copies of his article. 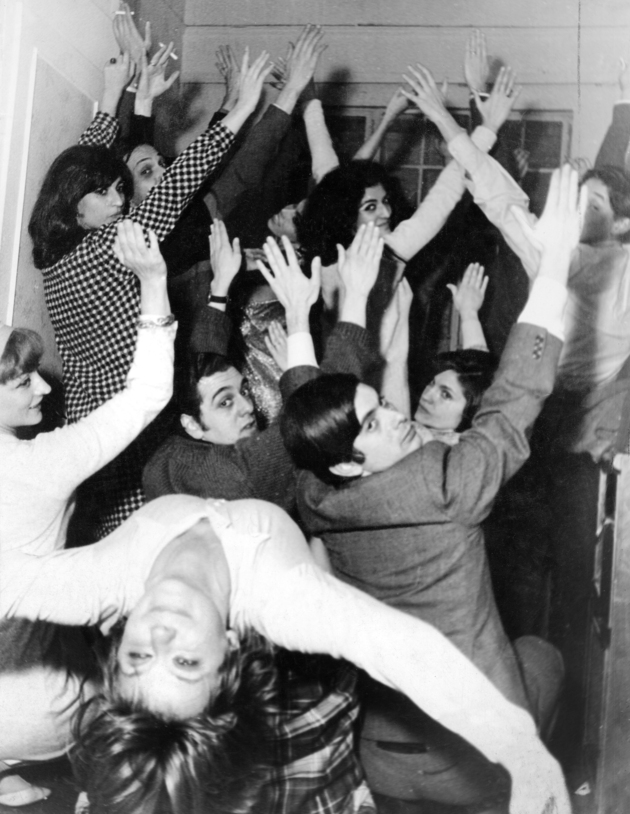