An Art of Communications Media (manifesto)

In a mass civilization, people are not in direct contact with cultural events; rather they are informed about them via the media. For example, a mass audience does not see an exhibition, attend a Happening, or go to a soccer game, but it does see footage of the event on the news. Actual artistic events are no longer important in terms of their diffusion, because they only reach a limited audience. “Distributing two thousand copies of an artwork in a big modern city is like firing a shot in the air and expecting pigeons to fall,” said Nam June Paik. In the final analysis, it is of no interest to information consumers if an exhibition took place or not; all that matters is the image of the artistic event constructed by the media.

In the course of coming into being, contemporary art (basically Pop) sometimes took elements and techniques from the mass media, disconnecting them from their original contexts (for example, Lichtenstein with his comic strips and D’Arcangelo with his road signs). As opposed to Pop art, we intend to create the work within those media. So our plan is to send the press a written and photographic report about a Happening that did not occur. This false report will include the names of the participants, an indication of the time and place of the event, and a description of the performance that we are pretending occurred. The photos of the supposed participants will be taken from other situations. Thus through the transmission of the information, the means of “performing” the nonexistent event, and the differences that arise between the various versions of the same event presented by each media channel, the work acquires its meaning. A work that begins to exist exactly at the moment the audience becomes aware that it’s already over. So this is a triple creation: —writing a false report —transmission of this report through the media 1 —reception on the part of the spectator who constructs—from data received and based on the meaning the data acquires for him—the dimensions of a nonexistent reality that he believes to be true.

Thus we are taking a key characteristic of the media to its logical conclusion: the unmaking of the objects. In this way we are privileging the moment of the work’s transmission over the moment of its creation. Creation consists of subordinating construction to transmission.

Today, the work of art is a set of results of a process that begins with making the work (traditional) and continues until that work turns into material transmitted by the mass media. Now we are proposing an “artwork” in which the moment of creation disappears, because this is a way of commenting on the fact that these works are really a pretext to set off a round of media activity.

This opens up the possibility of a new genre: a “mass media” art in which what is important is basically not what is said; rather the medium itself becomes the subject. In addition to preparing prospective recipients of the second reading, this “advisory” puts some readers on notice and constitutes the first part of the work we are announcing. 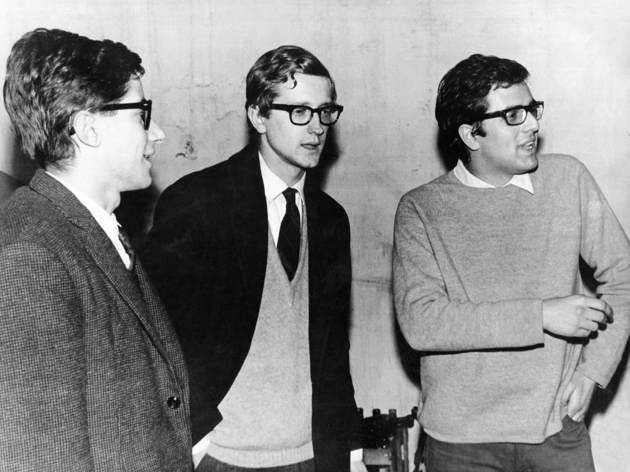 The message varies depending on the material features of the channel that transmits it. “The medium is the message.” (McLuhan)