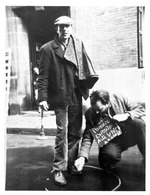 I know that with so much tango the rhythm gets lost, but so what? Let the tango play on.

Steal ideas of mine? Steal my VIVO-DITO? Ha, ha! If anyone dares, I’ll sign.

I want to make total theater, improvisation, with the audience creating situations, therefore with no audience. Total adventure, for example, the total adventure of a spectacle, the total process, until it takes form. When it’s “done,” be done with it, for example, as if it were no more than a common theatrical show. One should attend every day. But I know that it would be over on opening night. Everything opposite to the way it’s always been done, with that absurd sense of perfection and finish.

As usual, when you least expect it, the parachutist falls. I received an invitation from Nice where they are going to do what one has been doing for years. They steal everything, everything, and one is always played for an ass, there is always a Pucciarelli2 hiding in some corner. I will write to Bertholo to see if his sense of justice will allow him to deign to dedicate a few pages to Arte Vivo-Dito and to the Grequistas vivant in view of this latest and all the earlier ones besides. Let us hope this happens. One struggles as always and spills blood for one’s stubborn faith.

1954: I signed walls, objects, streets, and bathrooms in Paris, accompanied by Peñalva Lerchundi.

1962: Musée d’Art Moderne, Paris. I exhibited and consecrated myself as a work of art. June 1962. Manifesto Dito of Arte Vivo published in Genoa, Italy.

L.A.[^3] is the adventure of the real. The artist will no longer show with the painting, but with the finger. L.A. is direct contact, it must happen right in the street, with people, multitudes, rumors, situations.

1962: I signed 32 heads of lambs with their throats cut in the trusty Paris market. I signed the market with a finger in the air, accompanied by a painter and another theater director from Montevideo (both women and both very well-known). Of course they laughed. They never understood the man in action as a true work of art.

1963: Incorporation of objets vivants (people) into the canvases. Text on the back of the photo: Greco positioning a lady to create the living space in the picture, in the canvas. I, Greco, Grequísimo. I sign Ben as Arte Vivo-Dito' s Continuator No. 6 in the world. 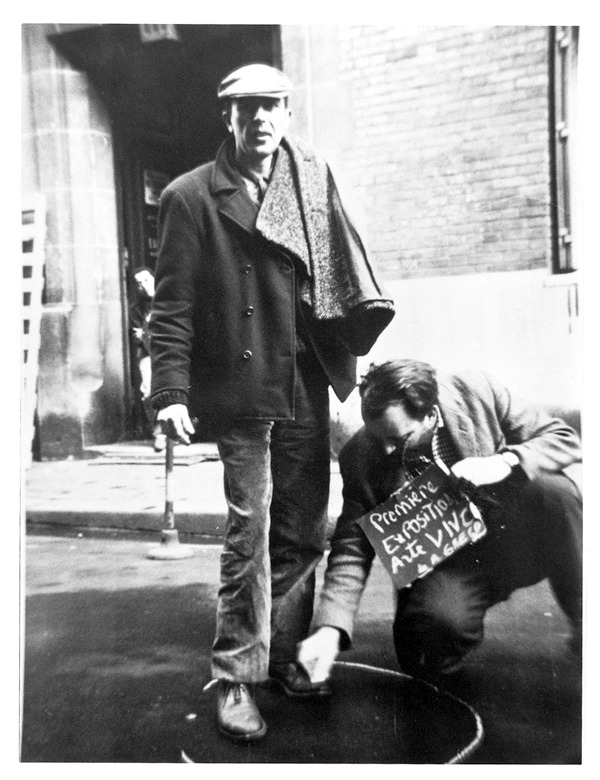 A scandalous theater piece that Greco performed in Rome in 1963, for which he was obliged by the police to leave Italy.