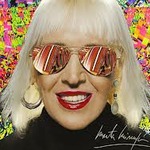 At the young age of twenty-two, Marta Minujín was considered by Jorge Romero Brest, the renown art critic, curator and mentor of Pop art in Argentina, to be the soul of the country’s artistic renewal. After completing her studies in various national schools of fine arts, her first works placed her within the aesthetic of Informalism and Objectualism. She moved to Paris in 1960 where she realized her first Happenings. The most famous of those is La Destrucción de Paris [The Destruction of Paris], which took place in 1963 on an empty lot on the Impasse Ronsin. Minujín organized an exhibition of her own works and other artists’s; as soon as the exhibition closed, these works were set on fire. With this gesture, Minujín laid the foundations of her aesthetic program: the work of art is the moment in which the individual lives, not the physical materiality of an object.

In 1964 Minujín received the National Prize of the Instituto Torcuato Di Tella for Eróticos en Tecnicolor [Erotic Works in Technicolor] and Revuelquese y viva [Wallow Around and Live], a tent installation created out of pillows and mattresses painted in vivid colors into which the spectator was invited to enter. In 1959, pursuing her commitment to create a participatory form of art, Minujín presented, together with Rubén Santantonin La Menesunda, a journey installation designed to affect the audience’s senses. Minujín entered the world of so called media art with a 1966 Happening conceived in collaboration with Allan Kaprow from New York and Wolf Vostell from Berlin. The Three Countries Happening consisted of three events that were to take place in three cites at the same time.

Starting in the early 1980s Minujín begun to create sculptures made of plaster or bronze that reinterpreted models from ancient Greece and their roman versions. She was intervening in classical iconography, fragmenting and deconstructing historically consecrated forms. Minujín currently lives and works in Buenos Aires.