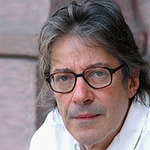 Raúl Escari’s adventure into the art world was limited to his experimentation with the mass media. He studied philosophy at the University of Buenos Aires. From the beginning of the 1960s to 1965 he was a member of the editorial board of the literary and cultural magazine El Escarabajo de oro. In 1966, working with the help of the artists Roberto Jacoby and Eduardo Costa, he made his entrance into the world of visual arts by starting to work at the Instituto Torcuato Di Tella. In 1966, working with Jacoby and Costa, he produced the “anti-happening” or Happening que no existió [Happening That Did Not Exist]. In his piece Entre en discontinuidad [Enter into Discontinuity], Escari, along with artists Marta Minujin, Pablo Suárez, and two other friends, distributed mimeographed leaflets at five intersections in Buenos Aires, each containing a description of the respective junction but using a different aspect of each. The French government awarded Escari a grant in 1967 to study at The École Pratique des Hautes Études de Paris with Roland Barthes. During these years Escari wrote a series of articles on semiology. He continued to live in Paris for the next thirty years, working as a journalist for the Agence France Press.

In 1967 the military government of General Rafael Videla took power in Argentina and initiated the so-called Process of National Reorganization, and in June 1978 the soccer World Cup was held in Buenos Aires. The Paris daily Libération sent Escari with the guise of covering the World Cup, but he wrote thirty articles, one a day, on different Argentine artists, musicians, writers and intellectuals seeking their opinions on what was occurring in the cultural milieu of Argentina. Escari has written on a number of Argentine artists, including David Lamelas, Pablo Mesejean and Delia Cancela. Escari collaborated with Lamelas in 1970 on an interview with Marguerite Duras, on which the film Interview with Marguerite Duras was based. Escari came back to live in Buenos Aires in 2003.