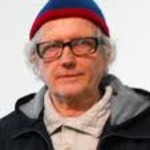 Eduardo Costa studied literature and art history at the University of Buenos Aires. He was a founding member and writer for Airón, a magazine that published theoretical texts as well as poetry and prose, local and international. In the 1960’s he belonged to the group of artists led by Oscar Masotta. In 1966, Costa, along with Roberto Jacoby and Raúl Escari wrote a manifesto titled “Un arte de los medios de comunicación, in which the media are considered to be a 'new artistic substance' ”. At the same time the three artists carried out the Non Happening. The artists sent graphic documentation to a series of media outlets of a happening that never took place. The media published the news with no further documentation, and only later did one of the papers print a retraction. As the art historian Maria Jose Herrera noted: “The reader was experiencing a reality generated by language. The happening did no exist, but the information about it did.”

In 1969 Costa authored the manifesto “Useful Art” as part of Street Works, an event organized in New York City by a group of poets and artists, in which Costa proposed a form of art that would have direct social utility by improving the conditions of urban life. The first two works in his genre, created with the help of Scott Burton, consisted of painting a New York subway station and replacing signs with the names of New York streets were they were missing. Also in 1969, Costa, along with Hannah Weiner and John Perreault, held The Fashion Show Poetry Event, in which Claes Oldenburg, Andy Warhol, James Rosenquist and other artists participated.

In 1971 Costa returned to Argentina. In 1977 he showed a piece in the exhibition Homenaje a Marcel Duhamp made of a wheel with a spiral inscribed in the manner of Duchamps’s Roto-Reliefs. In 1978 he moved to Rio de Janeiro, he created Bicicleta Duchamp/Costa, a functional sculpture. In 1982 he returned to New York City. In the mid-1980’s he wrote song lyrics “Luna de miel” [“Honeymoon”] and “Encuentro en el río musical” [“Meeting on the Musical River”] for the Argentine rock group Virus. In the early 1990’s, he begun to write about art in Flash Art and shortly after in Art in America, for which he currently writes.