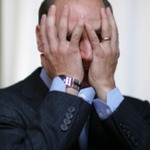 Christian Rattemeyer is the Harvey S. Shipley Miller Associate Curator in the Department of Drawings at The Museum of Modern Art. At MoMA, he has organized the exhibitions Lines, Grids, Stains, Words (2007), which traveled to Museu Serralves, Porto, and Museum Wiesbaden; Compass in Hand: Selections from The Judith Rothschild Foundation Contemporary Drawings Collection (2009); Projects 95: Runa Islam (2011); and Alighiero Boetti: Game Plan (2012), with the Museo Reina Sofia and the Tate Modern. From 2003 to 2007, Rattemeyer was curator at Artists Space in New York City. He has published widely on contemporary art and has contributed regularly to art magazines including Parkett, Texte zur Kunst, and Artforum. His most recent book is Exhibiting the New Art: 'Op Losse Schroeven' and 'When Attitudes Become Form' 1969 (2010). Rattemeyer has taught at several art schools and universities, including the MFA program of the Center for Curatorial Studies at Bard College, as well as at the School of Visual Arts, Parsons The New School for Design, and the Rhode Island School of Design.