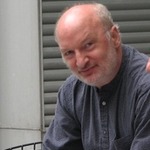 David Frankel is Editorial Director in the Department of Publications at The Museum of Modern Art. He is also a contributing editor for Artforum magazine where he was a senior editor for many years, and Aperture magazine. His writing has appeared in Artforum, Aperture, and elsewhere, and he has worked as a freelance writer and editor in various capacities for many museums and publishers in the United States and Europe. He is a graduate of Cambridge University.