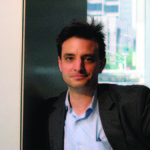 Pablo Helguera has been Director of Adult and Education Programs at The Museum of Modern Art since 2007. Previously, he was Senior Manager of Adult Programs at The Solomon R. Guggenheim Museum (1998–2005), and Manager of Public Programs at The Museum of Contemporary Art, Chicago (1996–98), among other positions. Over the course of a 20-year career in museums, Helguera has conceptualized or directed more than 700 public programs for over 150 exhibitions. Some of the symposia he has organized include The Museum as Medium (2002), at The Guggenheim; SITAC V—Myths of Permanence and the Ephemeral (2005), in Mexico City; and Transpedagogy (2009), at MoMA. He has been the organizer of MoMA’s Contemporary Art Forum, a program he initiated in 2008. He is the author of several books, including Education for Socially Engaged Art (2011), as well as a forthcoming volume on the sociology of contemporary art, Art Scenes: The Social Scripts of the Art World (2012). He was named the pedagogical curator of the 8th Mercosul Biennial in 2011. As an artist, Helguera has exhibited and performed widely in international museums and biennials. He has received a Guggenheim Fellowship, Creative Capital and Franklin Furnace grants, and was the first recipient of the International Award of Participatory Art of the Emilia Romagna Region in Italy (2011). He obtained his PhD from Kingston University, London, where he has been visiting professor since 2004.