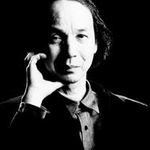 Takemitsu Toru was largely self-taught. In 1951, he joined with other Japanese composers and artists in an Experimental Workshop. With his Requiem (1957) for strings, he gained national as well as international recognition, and his reputation as the leading Japanese composer grew steadily in Europe and the USA. He received awards and commissions from many countries, sat on international juries, and was in demand worldwide as a lecturer and composer-in-residence. He was also involved in devising festivals and concert series in Paris and Tokyo.

Takemitsu's music is a personal and distinctive synthesis of a wide range of influences. The first Western music he heard was popular music and jazz; his harmonic language was largely derived from Debussy and Messiaen; he was also influenced by the ideas of John Cage. In general, he avoided references to traditional Japanese music, though he did occasionally write for Japanese instruments and imitate their playing techniques on Western instruments. However, at a deeper level, his music reflects a Japanese style in its avoidance of regular rhythms, fast tempos, symmetrical forms, and strongly contrasting blocks of sound in favor of a slowly and organically unfolding flow that reflected meditation, dream, and nature.