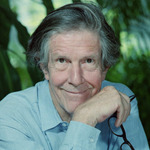 John Cage was educated in California and then made a study tour of Europe (1930-31), concentrating on art, architecture and music. On his return to the USA, he studied music with Richard Buhlig, Adolph Weiss, Henry Cowell and Arnold Schoenberg, and in 1934 abandoned abstract painting for music. Cage's studies of Zen Buddhism and Indian philosophy during the 1940s resulted in a decision to remove intention, memory and personal taste from music, based on the Oriental concern with process rather than result. In the early 1950s he began his close collaboration with the pianist David Tudor and, with the composers Morton Feldman, Earle Brown and Christian Wolff, they worked on his "Project of Music for Magnetic Tapes" (1951-3).

From 1949, Cage began to introduce new elements into the presentation of lectures, beginning with Lecture on Nothing, by juxtaposing passages of text and sometimes also of music with silences and physical gestures. From 1963, Cage developed a new poetic form that he called the 'mesostic' in which new words were formed vertically by highlighting one character within each line of the horizontal text. Cage's increasing involvement in the graphic presentation of his work also led him to create purely visual works that had no musical connections. These are largely in the form of limited editions, mostly carried out in the etching of Crown Point Press in Oakland, CA, where he created 28 series of prints in the course of fairly regular visits between 1978 and his death in 1992.