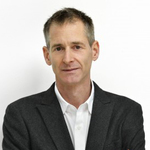 David Platzker is widely known for his expertise in artists’ books, multiples, ephemera, and art of the post-1960 period. He was a curator in MoMA's Department of Drawings and Prints from 2013 to 2018. Prior to arriving at MoMA, Platzker worked at the Museum of Contemporary Art, Los Angeles, and at the Solomon R. Guggenheim Museum. From 1989 to 1998 he served as curator to Claes Oldenburg and Coosje van Bruggen, during which time he co-authored the catalogue raisonnés Claes Oldenburg: Multiples in Retrospect 1964–1990 and Printed Stuff: Prints, Posters, and Ephemera by Claes Oldenburg: A Catalogue Raisonné 1958–1996, and co-curated similarly titled international traveling exhibitions.

Between 1998 and 2004, Platzker was the executive director of the non-profit bookstore Printed Matter, where he organized numerous exhibitions and artists’ publications, and increased and focused the programming and profile of the organization. Following his tenure at Printed Matter, Platzker served from 2004 to 2008 as project director for Art Spaces Archives Project (AS-AP), New York, a non-profit research initiative dedicated to the documentation and preservation of the archives of alternative art spaces. Concurrently, from 2004 to 2013, he was president of Specific Object, a curatorial project and bookstore that he founded in 2004 with a specialized inventory in Pop, Minimal, and Conceptual artists’ publications and artworks. Using these holdings as a springboard, Platzker curated focused exhibitions at the space over the past decade, featuring artists including Robert Barry, Lynda Benglis, Bruce Conner, Dan Graham, and Lawrence Weiner.