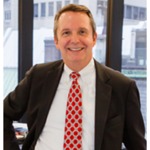 post Contributor Chief of Library The Museum of Modern Art

Before assuming his duties as Chief of Library and Museum Archives at The Museum of Modern Art in September 1999, Milan R. Hughston was a librarian at the Amon Carter Museum from 1979 to 1999. During that time, he published comprehensive bibliographies in Museum publications including Thomas Eakins (1996); the photography collection catalogue (1993); Eliot Porter (1989); and Laura Gilpin (1986). While at MoMA, he has devoted his energies to planning and coordinating the opening of the research facilities in Manhattan and Queens. In 2000 he established, with May Castleberry, a new program called the Library Council, founded to promote the research resources of MoMA through a membership program and publications of artist books in a series called Contemporary Editions. He is also a founding member of the New York Art Resources Consortium, which coordinates collaborative projects between the research libraries of MoMA, The Frick Collection, and The Brooklyn Museum. A native of Clarksville, Texas, Hughston received his BA in journalism and his MLS from The University of Texas at Austin. In 1978/1979, he was the recipient of a Rotary International Scholarship and studied at the University of Manchester, England’s post-graduate program in art gallery and museum studies.