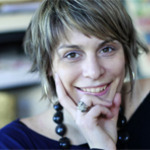 Ana Janevski is currently Associate Curator in the Department of Media and Performance Art at The Museum of Modern Art. Most recently, she co-organized the performance series Words in the World at MoMA. From 2007 to 2011, she held the position of Curator at the Museum of Modern Art in Warsaw, Poland, where she curated, among many other projects, the large-scale exhibition As Soon As I Open My Eyes I See a Film, on the topic of Yugoslav experimental film and art from the 1960s and 1970s. She also edited a book with the same title. In 2010 she co-curated the first extensive show about experimental film in Yugoslavia, This Is All Film! Experimental Film in Yugoslavia 1951–1991, at the Museum of Modern Art in Ljubljana. Janevski also co-curated, with Pierre Bal-Blanc, the performance exhibition The Living Currency.

“I have to go back to New York. I have no choice": Interview with Jaime Davidovich (Part 1) Read More »

“I have to go back to New York. I have no choice": Interview with Jaime Davidovich (Part 2) Read More »