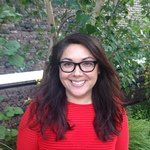 post Contributor Curator, Department of Drawings and Prints The Museum of Modern Art

Sarah Suzuki is Curator of Drawings and Prints at the Museum of Modern Art. At MoMA, Ms. Suzuki’s exhibitions include Soldier, Spectre, Shaman: The Figure and the Second World War (2015-16); Scenes for a New Heritage: Contemporary Art from the Collection (2015-16); Jean Dubuffet: Soul of the Underground (2014-15); The Paris of Toulouse-Lautrec: Prints and Posters (2014-15); Wait, Later This Will All Be Nothing: Editions by Dieter Roth (2013); Printin’ (2011) with the artist Ellen Gallagher; ‘Ideas Not Theories’: Artists and The Club, 1942-1962 (2010) and Rock Paper Scissors (2010) with Jodi Hauptman; Mind & Matter: Alternative Abstractions, 1940 to Now (2010); and Wunderkammer: A Century of Curiosities (2008), as well as solo exhibitions of Meiro Koizumi (2013); Yin Xiuzhen (2010); Song Dong (2009); and Gert and Uwe Tobias (2008). Among her publications are 2012’s What is a Print?, as well as contributions to numerous books, catalogues, and journals. A graduate of Dartmouth College and Columbia University, she has lectured widely and taught numerous courses on the subject of modern and contemporary art.

Smoke Clearing on the Battlefield: The Etchings of Chimei Hamada Read More »

When and Where Is China? Contemporary Chinese Art in 1993 and Beyond
Yu-Chieh Li