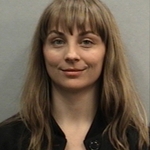 Jenny Schlenzka is Associate Curator at MoMA PS1, principally in charge of live programming. Previously, she was Assistant Curator at PS1. Prior to that, from 2008 to 2012, she was Assistant Curator for Performance in the Department of Media and Performance Art at The Museum of Modern Art, where she was the first curator to focus on collecting, as well as exhibiting performance-based art, and where she co-organized the Performance Exhibition Series with artists, including Tehching Hsieh, Simone Forti, Roman Ondák, Xavier Leroy, and Allora & Calzadilla, among many others. Prior to working at the Museum, Schlenzka worked as a curatorial liaison between KW, Institute for Contemporary Art, Berlin, and MoMA PS1, where she helped organize exhibitions such as Into Me/Out of Me (2006), Fassbinder: Berlin Alexanderplatz (2007), and Political/Minimal (2008). In 2008 she organized the group show through a glass, darkly at RedLine, Denver, and edited the accompanying catalog. Schlenzka received her MA in cultural studies from Humboldt University, Berlin, in 2007. She is currently writing a dissertation at the University of Applied Arts, Vienna on the notion of time in the split-screen image.

The Belated Funeral as Performance: A Dialogue with Minouk Lim Read More »