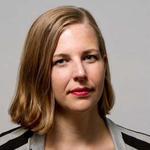 post Contributor Curator The Pulitzer Foundation for the Arts

Gretchen Wagner is the curator at the The Pulitzer Foundation for the Arts in St. Louis, MO, a position to which she was appointed in October 2012. Prior to this, she was the Sue and Eugene Mercy Jr. Assistant Curator in the Department of Prints and Illustrated Books at The Museum of Modern Art in New York. There, she organized the exhibitions Thing/Thought: Fluxus Editions, 1962–1978; Projects 98: Slavs and Tatars; and Gabriel Orozco: Samurai Tree Invariants. She also contributed texts to a number of publications during her tenure, including Modern Women: Women Artists at The Museum of Modern Art, Dada in the Collection of The Museum of Modern Art, and MoMA PS1’s Greater New York 2005. In conjunction with her curatorial oversight of MoMA’s Gilbert and Lila Silverman Fluxus Collection, comprised of nearly 10,000 works from the experimental avant-garde of the 1960s and '70s, Wagner completed extensive research in Central and Eastern Europe, investigating modern and contemporary visual art, performance, and music from the region. In addition, her scholarship extends to the history of twentieth-century art from Germany. She collaborated on the 2008 exhibition Ernst Ludwig Kirchner and the Berlin Street, organized by MoMA Chief Curator Deborah Wye, and co-authored the 2004 catalog German Expressionist Prints: The Marcia and Granvil Specks Collection at the Milwaukee Art Museum. Prior to her work at The Museum of Modern Art, Wagner served as curatorial assistant at The Frances Young Tang Teaching Museum and Art Gallery at Skidmore College, where she founded the ongoing exhibition series Elevator Music: Investigations in Experimental Sound. She received her B.S. from the University of Wisconsin-Madison and her M.A. from Williams College.