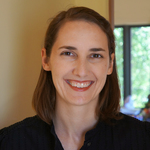 Adele Nelson is an Assistant Professor in the Department of Art and Art History at the University of Texas at Austin, where she is also Associate Director of the Center for Latin American Visual Studies (CLAVIS). Nelson specializes in postwar and contemporary art of Latin America, with a focus on Brazil. Her research has been supported by the Fulbright U.S. Scholar Program and the National Endowment for the Humanities. She is the author of Jac Leirner in Conversation with Adele Nelson (2011; Portuguese translation, 2013). Her writings have appeared in international magazines and academic journals, including Art in America, Art Journal, and ARTMargins. She has contributed to various museum publications, among them, Mário Pedrosa: De la naturaleza afectiva de la forma (MNCARS, 2017), Hélio Oiticica: To Organize Delirium (Carnegie/AIC/Whitney, 2016), Mário Pedrosa: Primary Documents (MoMA, 2015), Waldemar Cordeiro: Fantasia exata (Itaú Cultural, 2014), and Joan Miró: Painting and Anti-Painting, 1927–1937 (MoMA, 2008).