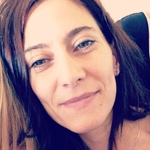 Sonia de Puineuf was born in 1976 in Bratislava, Slovakia and received her PhD from the Université Paris IV-Sorbonne. She is an art historian who lives and works in Brest, France, where she teaches at the Université de Bretagne Occidentale. She also works for the Higher Schools of Art and Design in Lyon and Strasbourg, and supervises Master’s theses in Communication & Space Design at HEAD, Geneva.

Additionally, Dr. de Puineuf collaborates with the Slovak Museum of Design in Bratislava, and has co-curated the exhibition Have No Fear of Modernism! on the School of Applied Arts in Bratislava, as well as edited its catalogue.