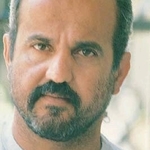 Ossama Mohammad graduated from VGIK in 1979, where he studied at the Laboratory of Igor Talankin. His diploma film was the short documentary Step by Step (Khutwa Khutwa). He completed his first fiction feature Stars in Broad Daylight (Nujum al-Nahar) in 1988. The title refers to Igor Talankin's film with the same title. Deemed to be the most scathing critique of contemporary Syrian society trapped in the iron grip of the Ba'th regime, the film has never been allowed a public screening in Syria. Internationally it earned the filmmaker great critical praise. His films, Sacrifices (Sunduq al-Dunya, 2002) and Silvered Waters (Ma' al-Fadda, 2014) were shown at Cannes Film Festival. After a compelling speech in support of the pacifist insurrection in Syria in 2011, he was forced into political exile in France, where he lives presently.