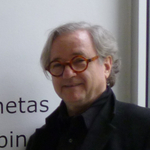 Jon Hendricks is an artist, Fluxus Consulting Curator of the Gilbert and Lila Silverman Fluxus Collection at The Museum of Modern Art, and curator of Yoko Ono exhibitions. He has edited and co-edited a number of books, including Fluxus Scores and Instructions: The Transformative Years (2008), with Marianne Bech and Media Farzin; What’s Fluxus? What’s Not! Why. (2003); Fluxus Codex (1988); and, with Alexandra Monroe, YES YOKO ONO (2000). He has curated a number of exhibitions about Fluxus and Yoko Ono as well as a retrospective of Ben Vautier. Hendricks is a member, with Jean Toche, of GAAG (Guerilla Art Action Group), which started in 1969. From 1966 to 1968, he was the director of the Judson Gallery at Judson Memorial Church in New York City. In 1967 and 1968, he curated numerous Destruction Art events and co-curated the exhibition DIAS USA 68 at the Judson Gallery.

Watch Out! All Is Not What It Seems to Be Read More »

“Revolution Not Only In The Arts, But In Connection.” Interview with Vytautas Landsbergis Read More »

"By the way, what's Fluxus?": Jon Hendricks on the Formation of the Gilbert and Lila Silverman Fluxus Collection Read More »

Berlin and Beyond: The GDR and the East Read More »