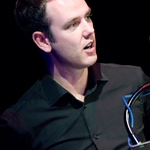 Leon Wainwright is Reader in Art History at The Open University, UK. His research has a transatlantic scope, bringing together the politics of historiography in art history with the philosophy of aesthetics, and new approaches to materiality and geographical space in the social sciences. He is responsible for six books: the single-authored titles Phenomenal Difference: A Philosophy of Black British Art (Liverpool University Press, 2017) and Timed Out: Art and the Transnational Caribbean (Manchester University Press, 2011); and the edited or co-edited titles: Triennial City: Localising Asian Art (Cornerhouse, 2014), Objects and Imagination: Perspectives on Materialization and Meaning (Berghahn, 2015), Disturbing Pasts: Memories, Controversies and Creativity (Manchester University Press, 2017), and Sustainable Art Communities: Contemporary Creativity and Policy in the Transnational Caribbean (Manchester University Press 2017). Together with Paul Wood and Charles Harrison he is co-editor of the forthcoming anthology: Art in Theory: The West in the World: An Anthology of Changing Ideas (the latest volume in the successful series from Wiley). He is a former long-standing member of the editorial board of the journal Third Text, and is founding editor of the Open Arts Journal. From 2014-2015 he occupied the inaugural position of Kindler Chair in Global Contemporary Art at Colgate University, New York, and he has held visiting roles at UC Berkeley, Yale University, and the University of Oxford. In 2013 he became a recipient of the Philip Leverhulme Prize in the History of Art.