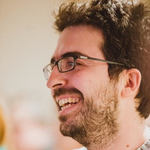 Nikolas Drosos is an art historian specializing in art and architecture from postwar Eastern Europe in its global context. He holds a PhD from the Graduate Center, City University of New York. His dissertation, entitled “Modernism with a Human Face: Synthesis of Art and Architecture in Eastern Europe, 1954-1958,” examines the theory and practices relating to the “synthesis of the arts,” the integration of art into architecture, in the Soviet Union, Poland and Yugoslavia. He has been the recipient of a Fulbright scholarship, a pre-doctoral fellowship at the Center for Advanced Study in the Visual Arts at the National Gallery of Art in Washington, and a post-doctoral fellowship at Columbia University’s Harriman Institute. His recent publications include: “Realism as International Style” (co-authored with Romy Golan), in Postwar – Art between the Pacific and the Atlantic, 1945-1965, ed. Okwui Enwezor, Ulrich Wilmes and Katy Siegel (2016); and “Building Together: Construction Sites in a Divided Europe During the 1950s,” in Re-humanizing Architecture: New Forms of Community, 1950-1970, ed. Ákos Moravánszky and Judith Hopfengärtner (2016).