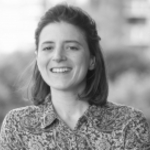 Emilia Terracciano is the Leverhulme Early Career Fellow at the Ruskin 2015-2018. Her research interest lies in contemporary photographic art practices with a focus on the visual cultures of the global south.

Her current research project "'Murals for the ‘People’: Global Dimensions for a Public Art in India (1909-1977)" explores the global dimensions of the mural aesthetic beyond Western and Mexican examples. Starting with the colonial re-discovery of the Ajanta Buddhist caves (1909), the project examines how artists engaged with this ancient and tribal medium, following the Partition of Bengal (1905) up until the Emergency years (1975-77).

She received a BA Hons in Philosophy and History of Art (2005) from University College London and an MA (2007) and PhD from The Courtauld Institute of Art (2013). She was the recipient of the Scouloudi Historical Publication Award (2014), the London Tagore Centre Writer Residency (2014), the Nehru Trust Award (2008) and the AHRC Collaborative Doctoral Award scholarship at the Victoria and Albert Museum (2008-2012). Under contract with IB Tauris, she is currently revising her doctoral manuscript Art and Emergency: Modernism in Twentieth-century India, scheduled for publication in 2017. Her publications include: “Fugitive Lines: Nasreen Mohamedi, 1960-75”, Art Journal, Summer issue, 2014, pp. 44-59, “Of Mockery and Mimicking: Gaganendranath Tagore’s Critique of Bergson’s Laughter (1911)” in Arts and Aesthetics in a Globalising World (ed.) Raminder Kaur, Oxford, Berg Press, 2014, pp. 21-36; “Abstraction and Photography” in Twentieth-Century Indian Art (ed.) Partha Mitter, Parul Dave Mukherjee and Rakhee Balaram, Skira Publishers, (forthcoming); and contributor to the special issue on “Partitions” Art and South Asia (Third Text, scheduled for November 2017, 70th anniversary of the Partition of the Indian Subcontinent and its aftermath).