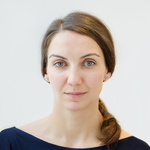 Lynn Rother joined The Museum of Modern Art as Senior Provenance Specialist in 2015. She oversees provenance research, procedures, documentation and funding in conjunction with all curatorial departments regarding works in the Collection, loans, acquisitions, and deaccessions. Before coming to MoMA, she held various research positions at the Berlin State Museums working on all facets of World War II-era provenance as well as on digital initiatives co-financed by the European Commission. A former Fellow of The Getty Research Institute in Los Angeles and of the German Historical Institute in Moscow, she has a Master’s degree in art history, economics and law from the University of Leipzig and a Ph.D. in art history from the Technical University of Berlin. In 2017 she published her doctoral thesis on the use of art as collateral during the Nazi-era to great critical acclaim in Germany and is currently working on the English translation. Beyond her World War II provenance research, her academic interests are the history of 20th-century collecting, art market practices, and the digital humanities.