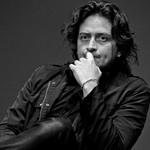 Santiago Rueda is an independent curator and art critic. He holds a PhD in History, Theory, and Art Criticism from the Universidad de Barcelona in Spain, and has received notable awards for his essay on Colombian art titled Híper/ultra/neo/post: Miguel Ángel Rojas 30 años de arte en Colombia (2004). Rueda won the National Prize for Criticism in 2006 for his essay Olor de Santidad. He is the author of Una Línea de Polvo Arte y Drogas. He has also won awards for his essays on the field of art in Colombia (2008) and on photography in Colombia in the 1970’s (2014). He has curated numerous exhibitions in Argentina, Brazil, Ecuador, Uruguay, and Colombia.