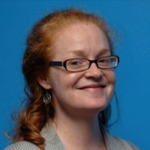 Gina McDaniel Tarver is Associate Professor of Art History for the School of Art & Design at Texas State University in San Marcos, Texas. Her specialization is modern and contemporary Latin American art with a particular emphasis on Colombian art. Her research interests include the relationship between art and its institutions, issues of gender and representation, and decolonial theory. Her book, The New Iconoclasts: From Art of a New Reality to Conceptual Art in Colombia, 1961–1975 (Ediciones Universidad de los Andes, Bogotá, 2016), traces the symbiotic yet paradoxical relationship between a small and successful group of iconoclasts in Colombia and the art institutions that supported them. Tarver’s peer-reviewed articles have appeared in the international journals Third Text (London), Artelogie (Paris), and The International Journal of the Inclusive Museum (United States), and she has presented papers at various conferences and symposia in the United States, Colombia, Portugal, Spain, and the United Kingdom. In 2015, she curated En Medellín todo está muy Caro, a retrospective of the Colombian conceptual artist Antonio Caro, for the Museo de Arte Moderno de Medellín. She is the author of numerous essays and entries for exhibition catalogs and was co-editor of The New York Graphic Workshop, 1964–1970 (Blanton Museum of Art, Austin, 2009).