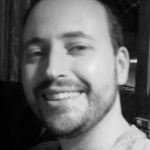 Anthony Gardner is Associate Professor of Contemporary Art History and Theory at the University of Oxford, where he is also the Director of Graduate Studies at the Ruskin School of Art and a Fellow of The Queen’s College. He holds a PhD at the Centre for Contemporary Art and Politics, the University of New South Wales, Australia, and an MA by research and a LLB (Hons) from the University of Melbourne. His recent books include Mapping South: Journeys in South-South Cultural Relations (editor, Melbourne, 2013), Politically Unbecoming: Postsocialist Art against Democracy (MIT Press, Spring 2015), Mega-Exhibitions: Biennials, Triennials, Documentas (with Charles Green, Wiley-Blackwell, 2016) and the anthology Neue Slowenische Kunst: From Kapital to Capital (with Zdenka Badovinac and Eda Čufer, Summer 2015). He is also an editor of the MIT Press journal ARTMargins and has contributed to many journals, including Third Text, Postcolonial Studies, The Cambridge Companion to Australian Art and Global Studies: Mapping Contemporary Art and Culture.