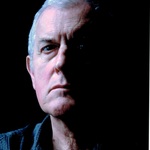 Zbigniew Gostomski (b. 1932) is a Polish artist, painter sculptor, actor, who lives and works in Świder, near Warsaw. Between 1953 and 1959, he studied in the Painting Department at the Academy of Fine Arts in Warsaw. Between 1960 and 1961, he specialized in textiles under professor Mieczysław Szymański. From 1960, he taught at his alma mater and in 1988 received a title of professor. In the 1960s, Gostomski met and befriended Tadeusz Kantor. He participated in Kantor’s happenings and worked as an actor at the Cricot 2 Theatre. One of the founders of Foksal Gallery, Gostomski participated in its inaugural exhibition. He collaborates with the gallery to this day and has been a co-organizer of its many unique artistic initiatives.

In Gostomski’s oeuvre, one finds works of art that figure, in the history of Polish art, a caesura between Modernism and Neo-Avantgarde (Environment (1967), System II (1968), It begins in Wrocław... (1970)). Outside of solo exhibitions at Foksal Gallery, exhibitions of his work have been organized at numerous institutions, including but not limited to Galeria Krzywe Koło (1964), Sonja Henie Niels Ostand Foundation (1971), Zachęta National Gallery of Art (1993), and Łódż Museum of Art (1994). He also has participated in group exhibitions in Poland and abroad such as the VIII Bienal de São Paulo, (1965), 100 Years of Art In Poland at the Royal Academy of Arts in London (1970), Biennale di Venezia (1976), 3rd Biennale of Sydney: European Dialogue (1979), Presences Polonaises at the Centre Georges Pompidou (1983), Dialog at the Moderna Museet of Stockholm (1985), and Europa, Europa. Das Jahrhundert der Avantgarde in Mittel und Osteuropa in Bonn (1994).

This information is provided thanks to Lech Stangret and Foksal Gallery.