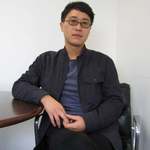 Doryun Chong is the inaugural chief curator of M+, Hong Kong, a museum for visual culture of the 20th and 21st centuries from a Hong Kong/Chinese perspective with a global outlook. Chong oversees all curatorial activities, including the collection, exhibitions, and symposia, as well as learning and interpretation. He is currently co-curator, with Stella Fong, of a solo exhibition of Tsang Kin-Wah for Hong Kong’s participation in the 2015 Venice Biennale. He has served on the juries of several prestigious art awards and has contributed to many exhibition catalogues.

Chong was Associate Curator of Painting and Sculpture at MoMA from 2009 to 2013, where he organized, among other exhibitions, Tokyo 1955–1970: A New Avant-Garde (2013), Projects 94: Henrik Olesen (2011), Ernesto Neto: Navedenga and Bruce Nauman: DAYS (both 2010). He also co-edited From Postwar to Postmodern: Art in Japan 1945–1989 (2013), the most recent volume in the International Program’s Primary Documents anthology series. He also served as the leader of the C-MAP group “Influence of the Performative in Postwar Art.”

From 2003 to May 2009, Mr. Chong worked in the Visual Arts Department of the Walker Art Center in Minneapolis. During his tenure at the Walker, he co-organized a number of exhibitions, including House of Oracles: A Huang Yong Ping Retrospective (2005), Brave New Worlds (2007), Tetsumi Kudo: Garden of Metamorphosis (2008), and Haegue Yang: Integrity of the Insider (2009). In December 2010, he was awarded the first Gerrit Lansing Independent Visions Award by Independent Curators International.

Doryun Choing was a member of the post editorial team between the launch of the platform in February 2013 and August 2013.