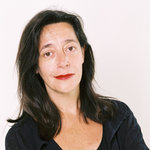 Catherine David is the deputy director of the Musée National d’Art Moderne at the Centre Pompidou in Paris, where she has spearheaded an internationally diverse program. From 1982 to 1990, David was curator at the Musée National d’Art Moderne, Centre Georges Pompidou, Paris, and from 1990 to 1994 she was curator at the Galerie Nationale du Jeu de Paume, Paris. From 1994 to 1997, David served as artistic director for documenta X in Kassel, Germany (1997). Since 1998 she has been director of the long-term project Contemporary Arab Representations, which began at the Fundació Antoni Tàpies, Barcelona. Between 2002 and 2004, David was director of the Witte de With Center of Contemporary Art in Rotterdam, the Netherlands.

David recently organized "Reframing Modernism" at the National Gallery in Singapore, which brings together over 200 iconic works from the collections of the National Gallery in Singapore and the Centre Pompidou in Paris. Drawing parallels in concepts, styles, and approaches to modernism, the exhibition is structured as a network that examines connections between artists working in different parts of the world. Moving away from a narrative of influence, the exhibition invites us to reconsider how artists working in different global contexts throughout the 20th century approached modern art from distinct points of view.