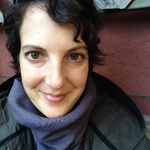 Jennifer Zoble is a writer, editor, educator, and literary translator. She co-edits InTranslation, the online journal of international literature that she co-founded in 2007 at The Brooklyn Rail; teaches academic and creative writing full-time in the interdisciplinary Liberal Studies program at NYU; and translates Bosnian/Croatian/Serbian- and Spanish-language literature. Her translations have appeared in Anomalous, Washington Square, Absinthe, The Iowa Review, The Baffler, and Stonecutter, among others. She is the founding co-producer of the international radio drama podcast Play for Voices, slated to launch in the fall of 2016.