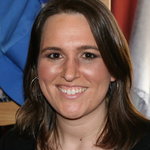 Amy Bryzgel is a Senior Lecturer in the Department of Film and Visual Culture, School of Language, Literature, Music and Visual Culture, at the University of Aberdeen, Scotland, UK. She teaches courses on performance art and postmodern art, with a focus on artists from Eastern Europe, along with a course on Modern and Contemporary Russian Art. She has published widely on performance art in Eastern Europe, most notably her monograph, Performance Art in Eastern Europe since 1960 (Manchester University Press, 2017), which is the first comprehensive academic study of the history and development of performance art in the region. She also published the first monograph on Latvian painter and performance artist Miervaldis Polis in 2015 with Neputns in Riga, Latvia. She has organised numerous performances and art events in Aberdeen and Scotland, and she is active on social media: follow her research on her website: www.performingtheeast.com and on Twitter @PerformTheEast.

Performing for the Camera in Central and Eastern Europe Read More »