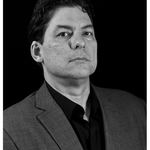 Elvis Fuentes is Ph.D. Candidate in Art History at Rutgers University and independent curator based in New York. Graduated from the University of Havana in Art History (1999), he has worked as curator at the Ludwig Foundation of Cuba, Havana (1999-2002), the Institute of Puerto Rican Culture, San Juan (2004-2006), and El Museo del Barrio, New York (2006-2012). In 2005, Fuentes won the Grand Prix at the XXV Ljubljana Biennial of Graphic Arts for his curatorial project, Print as Metaphor. His research on Cuban American artist Felix Gonzalez-Torres in Puerto Rico (1977-1986) led to rediscovering some early works, including five videos from 1980. During his tenure at El Museo del Barrio, he co-curated two iterations of El Museo’s Bienal of New York’s Latino Art (2007 and 2011), and directed the mega-project, Caribbean: Crossroads of the World, presented simultaneously at El Museo del Barrio, The Studio Museum in Harlem and The Queens Museum. Fuentes is a fellow of the Mellon International Dissertation Research Fellowship from the Social Science Research Council (2015-2016), and his dissertation research focuses on the impact of Soviet visual culture in Cuban art (1959-1991).