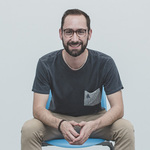 Emiliano Valdés (b.1980, Guatemala) is Chief Curator at the Medellín Museum of Modern Art. He was recently Associate Curator for the 10th Gwangju Biennale (South Korea) and Co-Director of Proyectos Ultravioleta (Guatemala). Previously, he was Curator/Head of Visual Arts at the Centro Cultural de España in Guatemala where he developed, over 5 years, an exhibition program that helped re-shape the artistic scene in the country. Valdés has worked for institutions such as dOCUMENTA(13) (Kassel), the Museo Nacional Centro de Arte Reina Sofía (Madrid), and Contemporary Magazines (London). He has written for ArtNexus, Arte al Día, and FlashArt, amongst other international publications as well as for numerous artist catalogs and books. He is interested in art as a form of knowledge, the production of public programs, and the relationship between art and culture, and natural environment.