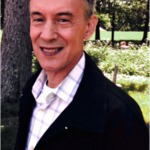 post Contributor Helen Gould Sheppard Professor of the History of Art at the Institute of Fine Arts & the Department of Art History, New York University.

Edward Sullivan is the Helen Gould Sheppard Professor of the History of Art at the Institute of Fine Arts & the Department of Art History, New York University. He has been teaching and writing about modern and contemporary art of Latin America and the Caribbean for some thirty years. He is the author of many books and exhibition catalogues on the subject of the arts of the Americas. He has also served as independent curator for exhibitions in museums in the U.S., Latin America and Europe throughout his career. His most recent exhibitions include "Impressionism and the Caribbean: Francisco Oller & His Transatlantic world" (Brooklyn Museum and tour, 2015-16); "Observed" Milagros de la Torre" (2012 Americas Society and Museo de Arte de Lima) and "Concrete Improvisations: Collages and Sculptures by Esteban Vicente" Grey Art Gallery and Museo Esteban Vicente, Segovia, 2011 (co-curator). Some of his more recent books include The Language Of Objects In The Art Of The Americas (Yale U Press 2007); Nueva York: 1613-1945 (ed.), The New-York Historical Society 2012, From San Juan To Paris And Back: Francisco Oller And Caribbean Art In The Era Of Impressionism (Yale U Press 2014) and The Americas Revealed: Collecting Colonial And Modern Latin American Art In The U.S. (editor: forthcoming from Penn State Press, 2017).