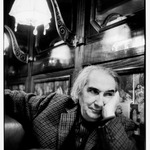 Mário Pedrosa (1900–1981) is Brazil’s preeminent critic of art, culture, and politics and one of Latin America’s most frequently cited public intellectuals. As Edward J. Sullivan writes: "Pedrosa was one of the twentieth century's foremost art critics, philosophers, historians, and museum directors. His writings fashioned many of the principal directions of Brazilian visual cultures throughout the 1940s and beyond–a critical time of change from the modes of modernism and social realism into the era of Constructivism, Conceptualism, and other avant-garde trends."

As Kaira M. Cabañas outlines in one of the book's introductory essays: "Pedrosa's influence on the Brazilian and international art scenes was as deep as his knowledge was broad. In addition to his role as an art critic, Pedrosa was key to bringing art from Europe and the United States to Brazil. He was central to the foundation of Brazil's institutions of modern art and collaborated closely with the MAM-RJ from its inception in the mid-1940s through to the '60s, as well as the Museu de Arte Moderna de São Paulo (MAM-SP), for which he served as director from 1961 to 1963. He also participated in organizing committees for the second and third São Paulo Bienals, and as its general director for its sixth iteration, in 1961. Pedrosa was an active member of the International Association of Art Critics (AICA) and in 1959 organized an AICA conference titled "Cidade nova: Síntese das artes" (New City: Synthesis of the Arts) in Brasília, using the city as a case study. Pedrosa was also deeply committed to leftist politics and activities, which included the founding of the Partido dos Trabalhadores (Workers' party) in 1980 and his pioneering role in the creation of the Museo de la Solidaridad Salvador Allende during his exile in Chile."