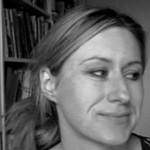 Klara Kemp-Welch was educated at University College London and the School of Slavonic and East European Studies (BA French and Art History, 1999; MA Russian and East European Literature and Culture, 2001; PhD History of Art, 2008). Her doctorate on East-Central European Conceptualism was supervised by Professor Briony Fer. Before joining The Courtauld as Leverhulme Early Career Fellow in 2009, she lectured at University College London, the University of the Arts London (Camberwell), and the University of York. At the Courtauld Institute of Art in London, she runs the MA special option "Countercultures: Alternative Art in Eastern Europe and Latin America 1959-1989." While working on her current research project, "Networking the Bloc. International Relations and Experimental Art in Eastern Europe," she has benefited from an AHRC Early Career Fellowship and an Igor Zabel Working Grant. She is the author of Antipolitics in Central European Art 1956-1989. Reticence as Dissidence under Post-Totalitarian Rule (London: IB Tauris, 2014).