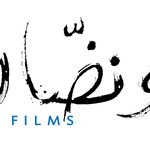 Abounaddara is the nickname for a man with glasses. The collective chose it based on its use in Arab cities where ordinary people are identified by their professions or by the names that are associated with the latter. They also chose this name to sound their rallying cry for the world republic of documentary cinema, one of whose earliest pioneers, Dziga Vertov, called himself the man with the camera. Abounaddara brings together documentary film professional from here and there. Its first love is for short and intimate films, and it is more interested in stories of everyday life than in grand narratives. Nevertheless it works for both the small and the silver screen, as much for new media as for those of yesteryear.

Abounaddara. The Right to the Image Read More »