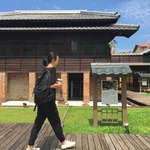 Xiaofei Mo is the program coordinator at Asia Art Archive in America (AAAinA), where she drives research on moving image through archiving, digitization, and public programs. She co-organized the screening program My Camera Doesn’t Lie? Documentary Aesthetics in East Asia in 2015 (co-presented by AAAinA and Columbia University). Prior to joining AAAinA, she received a BPhil in Logic from Sun Yat-sen University in Guangzhou and an MA in Cinema Studies from New York University. She was a research fellow at Seagull Foundation for the Arts in Calcutta (2008), and is editor of a forthcoming artist book Zhou Tao: Blue and Red (2015).