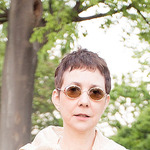 An Empty Action is Not for a Movie Camera: "The Balloon" by Collective Actions Group Read More »