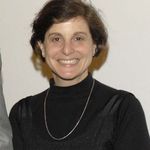 Laura Hoptman has been a Curator of contemporary art in the Department of Painting and Sculpture at The Museum of Modern Art since 2010. Since joining the museum she has organized The Forever Now: Contemporary Painting in an Atemporal World, an exhibition that presented the work of 17 contemporary painters; Isa Genzken: Retrospective, the first American survey of this artist’s work; Ecstatic Alphabets/Heaps of Language, a group exhibition of contemporary art dealing with language; Carol Bove: The Equinox; Artist’s Choice: Trisha Donnelly, and, with Peter Eleey, a mid career survey of the work of the Los Angeles painter Henry Taylor at MoMA PS1. Previously, she was Senior Curator at the New Museum where she organized Unmonumental: The Object in the 21st Century, The Generational: Younger Than Jesus, and monographic exhibitions on Tomma Abts, Elizabeth Peyton, Brion Gysin and George Condo. In 2004-05 she was the director of the 54th Carnegie International, and in an earlier incarnation as a drawing curator at MoMA from 1996 to 2002, she curated the first U.S. museum exhibitions of Rirkrit Tiravanija, Maurizio Cattelan, John Currin, and Luc Tuymans among others. In 1997, at MoMA she was the co-curator of Love Forever: Yayoi Kusama, a show that reintroduced Kusama to international audiences and in 2002, she organized Drawing Now: Eight Propositions, a landmark exhibition of contemporary figurative drawing.