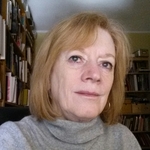 Jane Farver was formerly director of the MIT List Visual Arts Center, Director of Exhi¬bitions at the Queens Museum of Art in New York; director of the Lehman College Art Gallery, City University of New York, in the Bronx, NY; assistant director of the Alternative Museum in New York, NY; and director of Spaces in Cleveland, Ohio. She was one of six co-curators for the 2000 Whitney Biennial at the Whitney Museum of American Art in New York, NY; and was co-commissioner for the American representative (Paul Pfeiffer) for the 9th Cairo Biennial, an exhibition that traveled to Athens for the 2004 Olympics. She he has served as a juror or panelist for many organizations, including the National Endowment for the Arts, The American Academy in Rome, and the Busan Biennale. She was also the Artistic Director of the 2011 Incheon Women Artists Biennale in Incheon, South Korea, and a consulting director for Prospect New Orleans, P3. She has received awards from the Asian Cultural Council, the Ohio Governor’s office, and others. For her work at MIT, Farver was awarded the 2011 the György Kepes Fellowship Prize. She is currently a visiting critic at the Cornell University AAP NYC program, is editor of the catalogue for Joan Jonas’s exhibition at the U.S. Pavilion for the Venice Biennale in 2015, and is consulting for the University of Massachusetts Lowell on the establishment of new art programs for the campus.