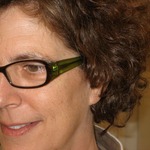 Writer educator, and lapsed curator, currently Professor of Arts Administration and Policy at the School of the Art Institute of Chicago.

Major curatorial projects include Global Conceptualism 1950s-1980s: Points of Origin (Queens Museum of Art, NYC: co-director with Luis Camnitzer and Jane Farver), Ante América (Biblioteca Luis Ángel Arango, Bogotá, and traveled in South, North and Central America: co-curator, with Gerardo Mosquera and Carolina Ponce de León), The Nearest Edge of the World: Art and Cuba Now (traveled throughout the US: co-curator with Gerardo Mosquera) and Imagining Antarctica (traveled throughout the US: funded by the National Science Foundation).

As the founding faculty member of the Arts Administration and Policy department at the School of the Art Institute of Chicago she has developed interdisciplinary curriculum that focuses on culture, policy, institutions, and their practices.

Guest teaching has included appointments at Goldsmith’s College, Creative Curating Program and the Royal College of Art, Program in Visual Arts Administration: Curating and Commissioning Contemporary Art, both in London; Curtin University, Department of Art in Perth, Western Australia and the China National Academy of Fine Art, Department of Art History in Hangzhou.