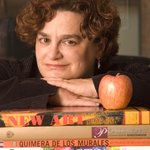 Karen Cordero Reiman is an art historian, curator and writer. She was a full-time professor in the Art History Department of the Universidad Iberoamericana in Mexico City from May 1985 until her retirement in August 2017, in the fields of Modern and Contemporary Art, Theory and Historiography, and Museum Studies. She has also taught in the graduate program in Art History of the Universidad Nacional Autónoma de México (UNAM), and was a founding member of Curare, a Critical Space for the Arts, an independent research center in Mexico City. She is the author of numerous publications in her areas of specialization: twentieth and twenty-first century Mexican art, the relationship between the so-called “fine arts” and the so-called “popular arts” in Mexico; the historiography of Mexican art; body, gender and sexual identity in Mexican art; and museological and curatorial discourses in Mexico. In addition she has had a continuous participation in museums as curator, advisor and researcher. Currently she works as an independent researcher and curator, as well as on personal creative projects that relate art, literature and history, and continues advising graduate theses at various universities.