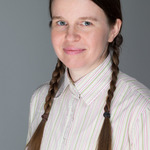 Pavlína Morganová, Ph. D. is an art historian and curator, based in Prague, Czech Republic. Works as a director of the Research Center and vice-rector for study affairs at the Academy of Fine Arts in Prague. She is an author of the book_ Czech Action Art / Happenings, Actions, Events, Land Art, Body Art and Performance Art Behind the Iron Curtain, which for the first time systematizes and interprets Czech Action Art as a vast and very original stream of Czech post-war art in the context of the complex socio-political context in this part of Central and Eastern Europe. It is based on the more then decade-long research, author’s interviews with most of the artists and in-depth interpretation of many their performances and other actions. She is in the process of publishing a book/guide _Action Prague, which is mapping the places where the happenings, performances and other actions took place in 1960s, 70s and 80s. She lectures on Czech Art of the 20th century, is a co-editor of the anthologies of manifestos and documents from Czech art 1939-1989 (Academia 2001) and Czech art 1980-2010 (VVP AVU 2011). Published number of texts in the art journals and catalogues, e. g. Between the First and Second Modernity 1985-2012 _(National Gallery in Prague, 2011), Fluxus East_ (Künstler-haus Bethanien, Berlin 2007); Action, Word, Movement, Space (Gallery of the City of Prague 1999). Author of the exhibitons e. g.: Sometimes in a Skirt / Art of the 1990s (Moravian Gallery in Brno and Gallery of the City of Prague, 2014); The Beginning of the Century 2000-2010 (The West Bohemian Gallery in Pilsen 2012; Gallery of Fine Arts in Ostrava 2013),_ Insiders / The Unobtrusive Generation of the Late 1990s_ (The Brno House of Arts 2004; Prague, Futura 2005).