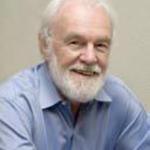 David Harvey is a Distinguished Professor of Anthropology and Geography at the Graduate Center of the City University of New York. He formerly taught at the Johns Hopkins and Oxford Universities and is the author of more than twenty books, the most recent of which is Seventeen Contradictions and the End of Capitalism, published earlier this year by Oxford University Press. The recipient of seven honorary degrees from around the world, he is also an elected fellow of British Academy and the American Council of Learned Societies.