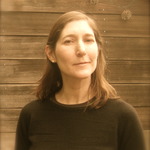 Miryam Sas is a professor of Film & Media and Comparative Literature at the University of California, Berkeley. Her most recent book is Experimental Arts in Postwar Japan: Moments of Encounter, Engagement, and Imagined Return (2010). Her earlier work has explored models for thinking about avant-garde movements cross-culturally (Fault Lines: Cultural Memory and Japanese Surrealism, released 2001), Butoh dance (in Butôs, 2002), and technology and corporeality (in Histories of the Future, 2005). She has forthcoming articles on intermedia in Japan, experimental animation, and pink film, and she is working on a book about critical media practices and transcultural media theory in Japan from the 1960s to the present.